Estimation of recharge in mountain hard-rock aquifers based on discrete spring discharge monitoring during base-flow recession.

Estimation of aquifer recharge is key to effective groundwater management and protection. In mountain hard-rock aquifers, the average annual discharge of a spring generally reflects the vertical aquifer recharge over the spring catchment. However, the determination of average annual spring discharge requires expensive and challenging field monitoring. A power-law correlation was previously reported in the literature that would allow quantification of the average annual spring discharge starting from only a few discharge measurements in the low-flow season, in a dry summer climate. The correlation is based upon the Maillet model and was previously derived by a 10-year monitoring program of discharge from springs and streams in hard-rock aquifers composed of siliciclastic and calcareous turbidites that did not have well defined hydrogeologic boundaries. In this research, the same correlation was applied to two ophiolitic (peridotitic) hard-rock aquifers in the Northern Apennines (Northern Italy) with well-defined hydrogeologic boundaries and base-outflow springs. The correlation provided a reliable estimate of the average annual spring discharge thus confirming its effectiveness regardless of bedrock lithology. In the two aquifers studied, the measurable annual outputs (i.e. sum of average annual spring discharges) could be assumed equal to the annual inputs (i.e. vertical recharge) based on the clear-cut aquifer boundaries and a quick groundwater circulation inferable from spring water parameters. Thus, in such setting, the aforementioned correlation also provided an estimate of the annual aquifer recharge allowing the assessment of coefficients of infiltration (i.e. ratio between aquifer recharge and total precipitation) ranging between 10 and 20%. 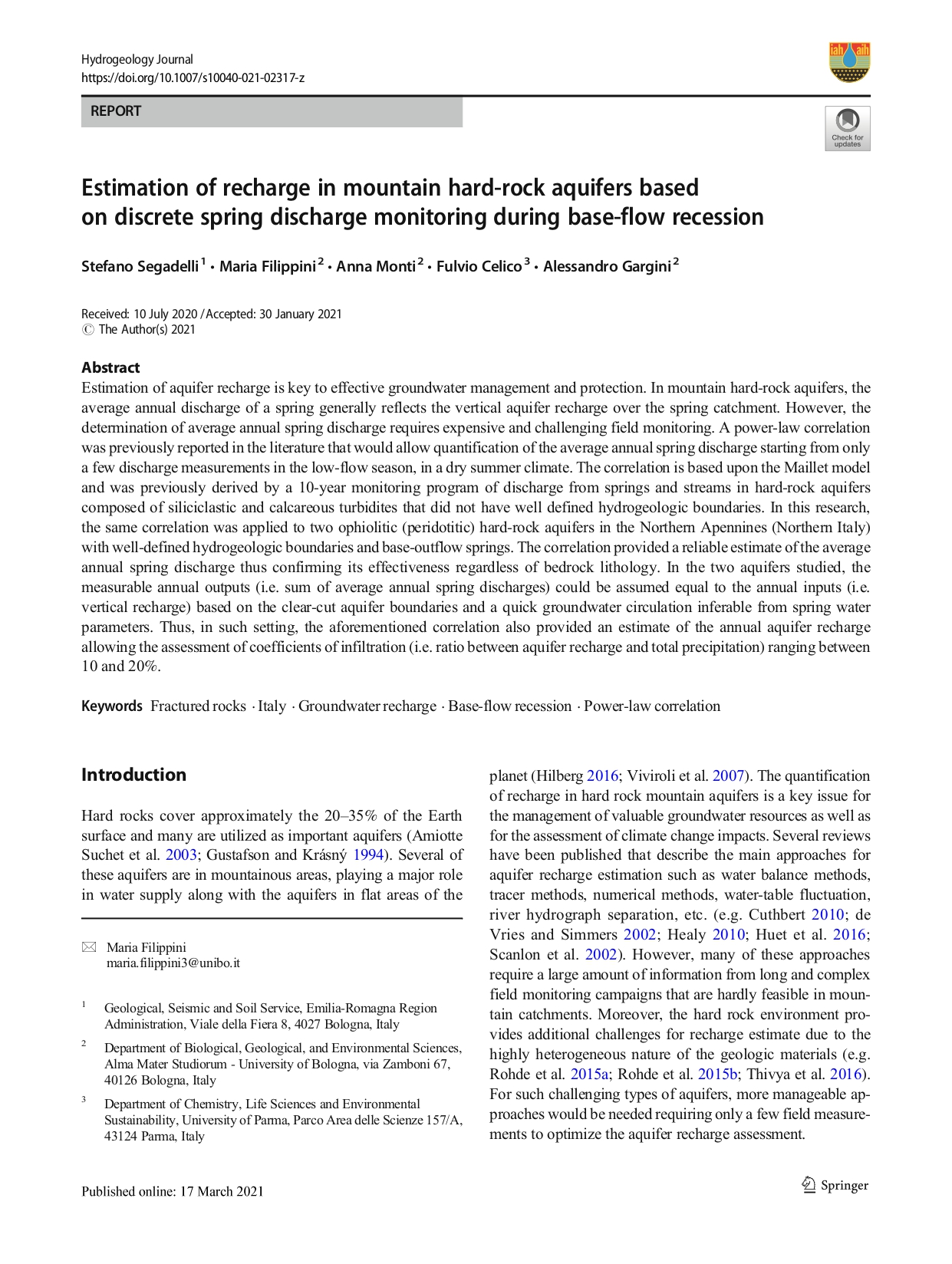