Combining biological and hydrogeological approaches: The grass Molinia arundinacea as a possible bioindicator of temporary perched aquifers in ophiolitic systems

Springs represent relevant habitats which support high levels of biodiversity and productivity, providing refugia to both plants and animals together with essential ecosystem services. However, springs are often overlooked or even destroyed by human activity. Locating, inventorying, and monitoring springs is, therefore, becoming of increasing importance. This study aims at developing a multidisciplinary approach to detect ephemeral springs, which can only be discovered by hydrogeological surveys when discharge occurs. We suggest potential cooperation between hydrogeologists and botanists based on the use of a plant species as an indicator of the occurrence of ephemeral springs fed by ophiolitic perched groundwater aquifers. In this study, the grass Molinia arundinacea was used as a bioindicator, observed in periods when there was no discharge and whose occurrence on ophiolite bodies was revealed by previous studies in the northern Apennines (Italy). A total of twenty ophiolitic bodies were explored and grassland stands including Molinia populations were discovered in 86 springs (15 reported for the first time). Detailed geomorphological and hydrogeological sampling was also performed in ten springs, recording the occupancy area, cover and functional traits of Molinia at two permanent and eight ephemeral springs and along their streambeds. Molinia not only colonised the spring outlets, but also occurred along the streambeds fed by ephemeral springs, with a higher occupancy area where the rocky outcrops were covered by detrital deposits and at the base of the morphological incision. Additionally, the cover of Molina populations was correlated with the average water discharge, with the highest functional trait values found in locations with high soil moisture. Results confirmed that while Molinia performs best on permanently moist soils, it is also able to grow on soils with a fluctuating water-table or even in dry conditions, thus representing an excellent indicator of springs fed by temporary perched aquifers. 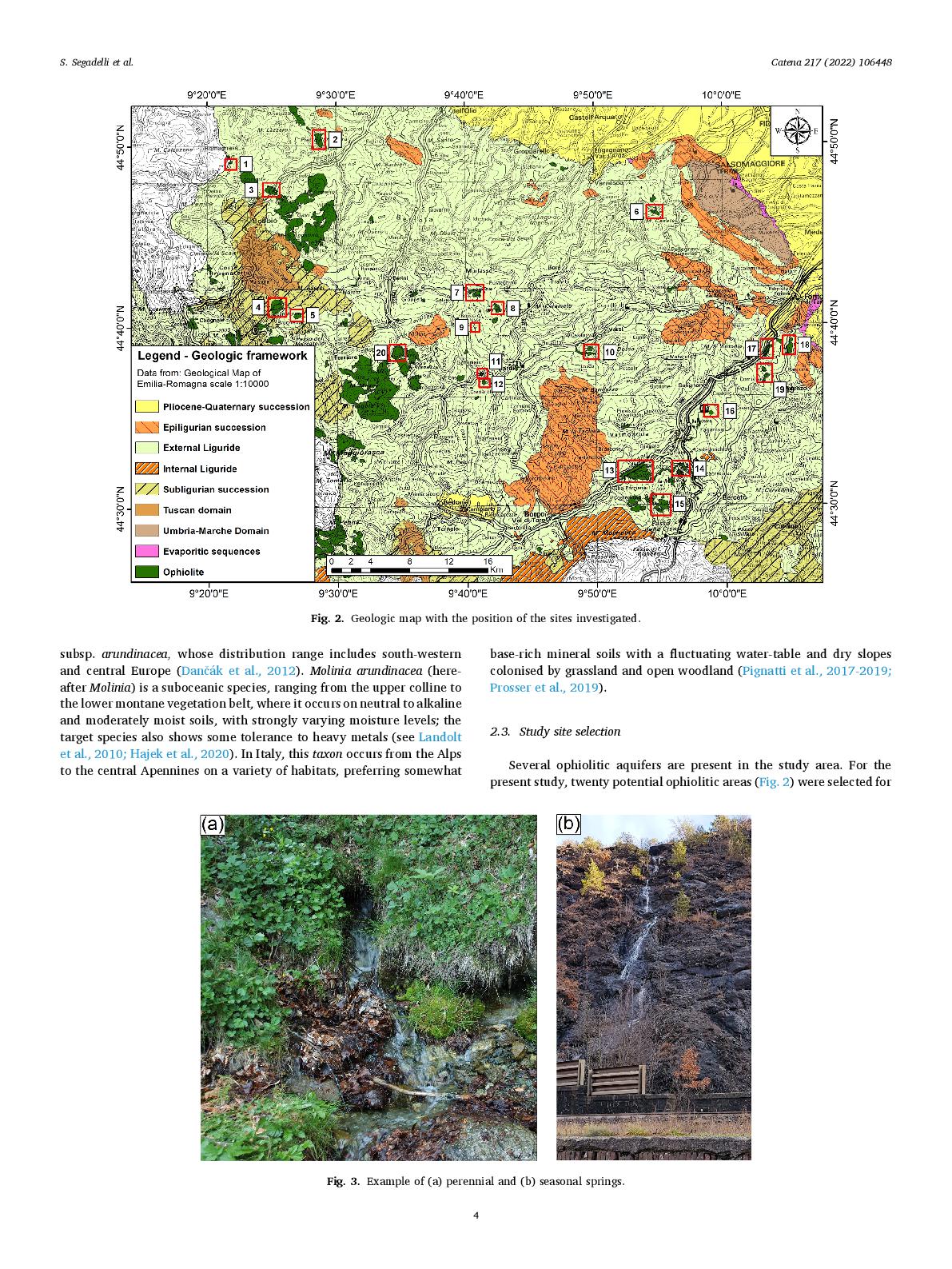 Diatoms from the Spring Ecosystems Selected for the Long-Term Monitoring of...